Mozilla Firefox users are currently in a trouble due to most of the extensions under Add-ons have suddenly stopped working in the browser.

Many users have reported the issue to Firefox on official forums and Twitter. In an official statement by Firefox, the issue is due to certificates which is resulting in blocking of the new add-ons extension installation and deactivating the existing Firefox extensions by categorizing them as Unsupported.

The temporary fix to enable Firefox addons extensions has been rolled out which is explained in the following steps:

Open Firefox Menu -> Tools -> Options and got to Privacy & Security

Under "Firefox Data Collection and Use" , check the first three boxes which enable Firefox Studies as in the below image. 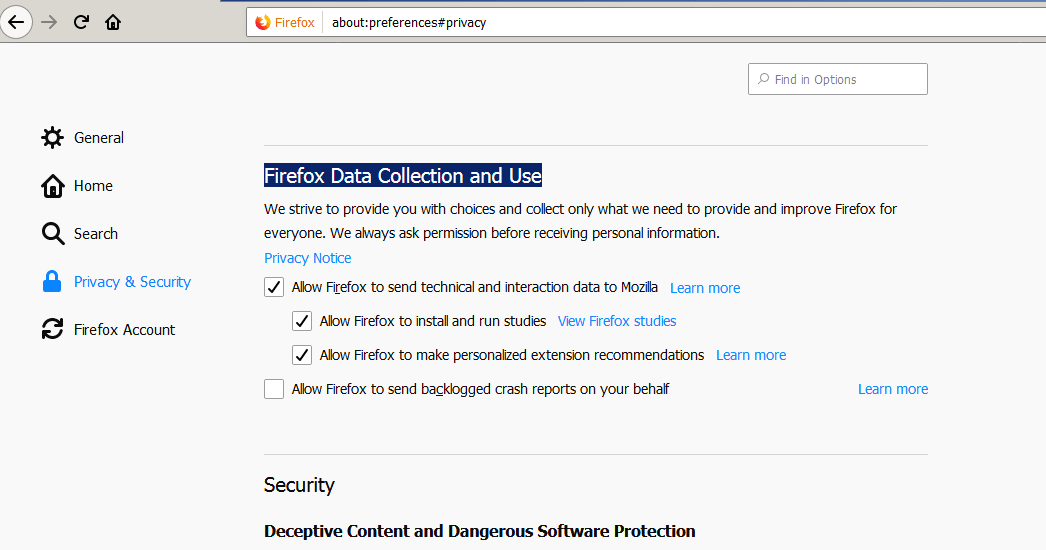 Exit and open Firefox again, go to add-ons where you can try installing new extensions. Also, your existing will be visible under Extensions option and will appear active like earlier.

If you are still facing any issue then verify if the Firefox Studies is enabled or not by typing about:studies in the address bar and it should display  hotfix-update-xpi-signing-intermediate-bug-1548973 Hotfix as active as in below image.

If the hotfix is not installed then try restarting browser and check again. For me, it was installed as soon as I enabled the Firefox studies.

Once done with extensions, disable the Firefox studies option if not required.

Firefox will be rolling out the update for all types of the versions (release/beta) to fix the issue so that Studies does not required to be enabled for extensions to work. Keep your Firefox auto update settings turned on and relax!